On March 22, 1959, Mrs. Mabel Chinnery was heading to the graveyard with her husband to attend her mother’s funeral — Mrs. Ellen Hammell, who died a week ago. Mrs. Chinnery decided to take her camera for capturing some photos of the gravesite, little did she know that she was about to take the strangest photo in the history of eerie moments captured on camera.

After taking a few pictures around, and of the gravestone, she returned where her husband was waiting alone in the car. At least this is what Mrs. Chinnery believed at that moment.

She decided to use her last remaining shot from the film roll and to take an impromptu photo of her husband, she pulled out her camera and captured a shot while her husband was holding the steering wheels.

Since back then there were no digital cameras that could have allowed her to immediately check the photo, thus she waited for the pictures to be developed.

When the pictures arrived from the studio, one of Mrs. Chinnery’s friends asked who was in the backseat of the car? Mrs. Chinnery completely in shock immediately recognized the woman sitting behind wearing glasses — her mother whose funeral they attended that day!

This strange photo captured by Mrs. Chinnery soon was published in one English newspaper, Sunday Pictorial, and the story later hit American newspapers as well.

According to one of the newspaper’s article, Mrs. Chinnery stated that it was a usual place in the backseat for her mother while she went for drives with them, the very same spot where the unusual figure had appeared.

Back then, it wasn’t easy for things to go viral, but the story of Mrs. Hammell, sitting with her son-in-law on her own funeral hit the headlines hard enough that many decided to conduct their own investigation on the photo.

An unknown photo expert claimed that the lady in the backseat of the car can’t be the results of double exposure, and if it were, the door’s upright wouldn’t back off part of her face. He further added that she can’t be a reflection in the window either.

Another article included a picture of Mrs. Hammel with the car before she died for the sake of comparison. She could be seen holding a pair of glasses that the figure in the strange photo appears to be wearing.

Even after years of the strange picture taken, it baffled many about how Mrs. Hammell appeared in the backseat of the car at her own funeral. The people who never believed in ghosts were surprised by the story. In 1985, one of the British television programs World Of Strange Powers aired an entire episode on paranormal photos taken, this included Mabel Chinnery’s photo too.

The program featured an interview with Jim and Mabel, and this was the first time Mrs. Mabel’s husband’s name was revealed to the public, before that, his name was never printed in any of those newspaper articles. Along with the interview of Cinnerys, two photo experts were called on the show too, to examine the strange photograph and see what they thought of it.

The couple confirmed their stories as printed and presented in all newspapers previously; that Mabel while trying to capture a candid photo of her husband instead captured the strangest photo in which Jim was supposed to be alone.

Jim while on the show added two more details that were not printed in newspapers. First, Jim said that his mother-in-law always preferred sitting in the backseat and rarely went on trips sitting on the front seat, the reason was that it made her easier to talk to Jim while he was driving.

The second thing that Jim revealed was eerier, he told that Mrs. Hammell’s last words to him were “you will never come to any harm cause I will still be with you”, Mabel also added that on the day the picture was taken, she only saw Jim through the viewfinder of the camera, there was no one else until the photos were developed.

The two photo experts that were called on the show — apparently often worked for police to enhance details within a picture to help solve criminal cases. Obviously, they were not told anything about the pictures that were to be examined, other than that these included ghosts. Upon scanning the Chinnery’s photo, the two men focused particularly on two areas of the image.

The two experts pointed out the details that bothered them most. The first was the collar on the strange figure, which appears to be overlapping the door frame, and secondly an odd bump on the left of the barrier between the windows, that seems as if it could be a shoulder, but odd enough if it was a shoulder, the figure would have been unusually wide. These two details made Gull, one of the experts to believe that there have been some kind of mistakes and that some very short exposure might have superimposed upon the picture of the car.

No further remarks were made by the experts on the Mrs.Chinnery’s photo. Many critics over the year suggested that the image was subjected to an accidental double-exposure, and some claimed that the wide ‘shoulder’ might have been an arm chair the figure was sitting on.

Problem with the Double Exposure theory

While many of the skeptics consider the image to be either falsely proven eerie or to be questionable enough to not taken seriously. The two experts, Newton and Gull rather than an explanation about the figure instead provided answers if the figure could be a ghost or not.

The double exposure problem suggesting that the image on the roll copied itself on another can be debunked easily. Chinnerys themselves asserted more than once that the strange photograph was the last image remaining on the roll. So, even if it was possible that a photo of Mrs. Hammell was on different photo roll, this photo definitely would be separated from at least one photo taken before the final — strange photo was taken, so it was most probably possible that the same exposure would have seen on other photos as well and Mabel Chinnery had no issue showing the photos she captured that day, but only this one particular photo was odd.

Furthermore, a double-exposure doesn’t accidentally happen on a single part of a picture. Double exposure simply happens when an image is exposed to light two or more times, each time including the whole image it is exposed to. In true double exposure, the dark elements will be overridden by the lighter elements of all exposures.

The fact that this didn’t happen in case of this strange photo taken by Mrs. Chinnery, and the figure only appeared between the part of windows of the car somewhat proves the figure to be genuine unless there had been some purposeful fraudulent play carried out by the Chinnerys.

Could there by anymore explanation of this eerie picture from the past ?

Now that you have read about this famous strange picture taken by Mabel Chinnery, you might also like reading about this Folklore Legend which Will Haunt You Unless You Ask Her To Leave ! 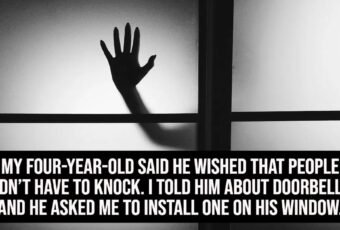 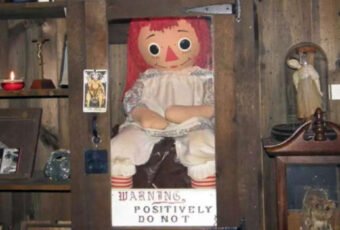 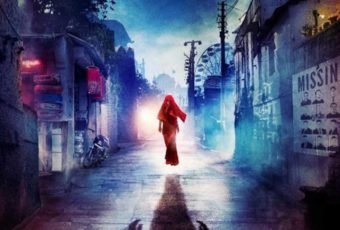 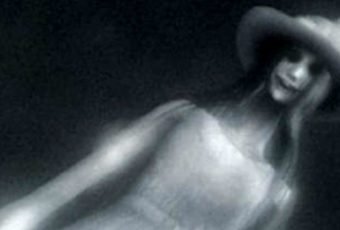