Patti Adkins, a 29-year-old woman, had planned a vacation with her boyfriend. However, no one has heard from her since she left. Her boyfriend denies going on any trip with Patti and claims that she was only a friend.

Patti’s disappearance is mysterious, as there are no concrete clues as to her whereabouts. There are tracks, time stamps, and witnesses who last saw her, but after that, there is no further information. This is a bizarre story of a woman’s disappearance, who was also the mother of a 7-year-old child. The following questions may arise in the mind of readers after reading this story: What happened to Patti Adkins? Why did she disappear? Is her boyfriend involved?

Who was Patti Adkins, and what happened to her?

Patti Adkins, a 29-year-old woman, had been working for ten years at a Honda factory in Marysville. At the time of her disappearance, she held the position of a Supervisor on the Assembly line. She also had a 7-year-old daughter.

It was the first week of July, and due to the “shutdown week” at the plant, all the employees had a week of vacation. According to Patti’s family, she planned on taking the vacation time off with her supposed boyfriend, Brian Flowers. Patti’s family knew about the boyfriend, but their only concern was that Brian Flowers was already married.

However, Patti had told her family that Brian Flowers was planning on getting a divorce from his wife. Brian Flowers also worked at the Honda factory, but in a different department, and they had been involved with each other for over a year.

Patti clocked out as usual on her last day at work before the vacation started, went with her boyfriend and never returned when she was supposed to pick up her daughter.

Patti Adkins had planned a vacation to Canada with her boyfriend, Brian Flowers, for the week-long factory shutdown. She had arranged for her ex and her sister, Marcia, to take care of her 7-year-old daughter while she was away.

According to a message Patti left on Marcia’s phone, she had planned on having her daughter spend the vacation time between her ex’s and Marcia’s home. Patti said she would pick up her daughter on the 8th of July and let Marcia know that there could be a lack of cell service, but she would try to remain in touch when possible.

As per records and what Marcia told the police, Patti left work at midnight. She planned on starting her journey in the back of her boyfriend’s truck and under the cover he had brought for the trip. He didn’t want her to be seen by any of her colleagues or friends at the factory. Brian asked Patti not to bring any luggage and promised her that he would buy her new clothes when they reached their destination.

The week came and went, and no one heard from Patti, as was expected. But then, on Sunday, when she was supposed to pick up her daughter, there was still no word from Patti. Marcia, Patti’s sister, got worried and tried calling her with no answer. She then called Patti’s boyfriend and later found out that he was back. When she talked to him, she was stunned to hear that he didn’t know what she was talking about and that he only knew Patti as a colleague.

After hearing the boyfriend deny the trip her sister was supposed to be on, Marcia decided to take this straight to the police. The police questioned the boyfriend, Brian Flowers, who again denied knowing anything about the trip. His wife also confirmed that there was no way possible that her husband was having an affair.

When the police searched Brian’s house, they found a birthday card signed only by Patti, but he said it was a card from his colleagues. They also found a phone in his house. When questioned about it, he denied that it was from Patti, but Marcia told police that Patti had bought it for Brian. They also found a t-shirt that, according to Marcia, Patti had bought for Brian on their trip together to Florida.

Despite the police having evidence that Patti was in contact with Brian, there was also the statement of his wife, who claimed that he was home at 2:30 am after a brief stop at Burger King with his friends

Additionally, Patti’s sister, Marcia, told the police that Patti had been giving money to her boyfriend. According to Marcia, Patti had loaned Brian Flowers around $90,000 over a period of nearly a year.

Marcia also told the police that the boyfriend wanted to buy out his share of a side company he owned, and it was all so that their relationship could move forward. Patti sold her stocks, withdrew money from her 401k coverage benefit, and cashed in the second mortgage of her home. Patti had loaned all the money to her boyfriend in cash, so it couldn’t be traced back to him.

Due to the money involved and all the physical evidence, Brian Flowers, Patti’s boyfriend, became the prime suspect. When the police searched Brian’s truck and his home, they found some forensic evidence, like a small spot of blood on the truck cover and Patti’s cat’s hair. However, the evidence was so small that it wasn’t solid enough for a case in 2001.

Because of the lack of sufficient evidence, the police were unable to issue a warrant for Brian Flowers. The case became a cold case, and ultimately, Patti Adkins was pronounced dead by the court.

The case of Patti Adkins remains unresolved and her family has been left without closure. Despite being pronounced dead by the law, there has been no update on her case to date. Her family has not been able to grieve her properly, as they still refuse to believe what happened to her.

There are many unanswered questions, which leave one wondering if there is anything more the police could have done to find the culprit and bring justice to Patti Adkins and her family. Simple questions, such as why the initial construction site was not searched when the dogs discovered a scent on the cement, go unanswered.

More difficult questions, such as what happened to Patti’s $90,000 if it wasn’t deposited into a bank account, remain a mystery. Most importantly, it is unclear who the boyfriend was. The police have refused to mention his name in any interviews, but this may be the piece of information needed to solve the case 20 years later.

Patti Adkins’ body has never been found, and no one has been arrested for her untimely death. Her boyfriend remains the prime suspect, but due to a lack of solid evidence, he is still free. Patti Adkins’ case is classified as “cold but active.” Her daughter is now 28 years old and still has no idea what happened to her mother.

If you are interested in reading about unsolved crimes, in addition to the disappearance of Patti Adkins and the case of Lina Medina, the youngest mother in history, you may also want to look into the unsolved murders of the Dardeen family.

We often heard survival stories of people from around the world, sometimes these stories are so intriguing that makes us… 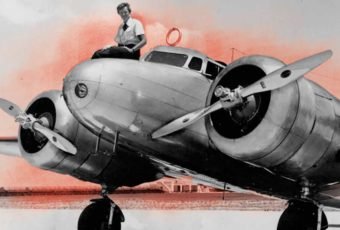 Amelia Earhart was adored as a very well known female aviator in the world, setting numerous aerial records, and her… 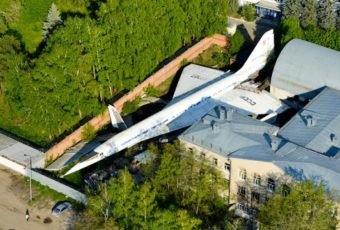 Sometimes places and things all around the world are left abandoned due to various reasons, and very often these places… 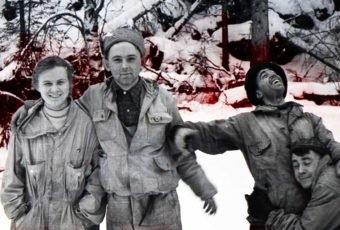 We stumble upon cases that for an instance seem just a usual case of disappearance, but as we dig deeper…

Cicada 3301 — The most baffling mystery of the Internet 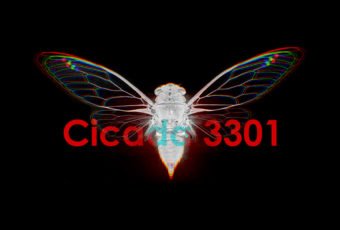 There are a number of mysteries that surfaces over time, but very few of these remain a mystery after some…